Hi I am New in here and I am sure there are many experts in here.
My grandfather gave me his kzj95 japan import 1997 prado TX Limited. Which does. It have the differential switch on the dashboard. I am wondering, is it just a matter to Fit a switch on or do I also need to change something in the rear axle.

I don't think the prado has a rear diff lock. I believe they are mostly fitted with an LSD. You would need to change the complete diff, maybe more.

Spec of the 90 series is really mixed up but yours "should" have an LSD rear axle but maybe not , because you have the switch . Shayne said:
Spec of the 90 series is really mixed up but yours "should" have an LSD rear axle but maybe not , because you have the switch .

Thanks for the reply guys. I typed wrong in my question. There is no switch on the dashboard and my rear axle does not have the casing for the differential lock now that I have seen the picture Shayne posted. Here is a picture of my rear axle. So not having such an axle, what is the procedure to make my 90series have a rear differential lock?

Shayne said:
Spec of the 90 series is really mixed up but yours "should" have an LSD rear axle but maybe not , because you have the switch . 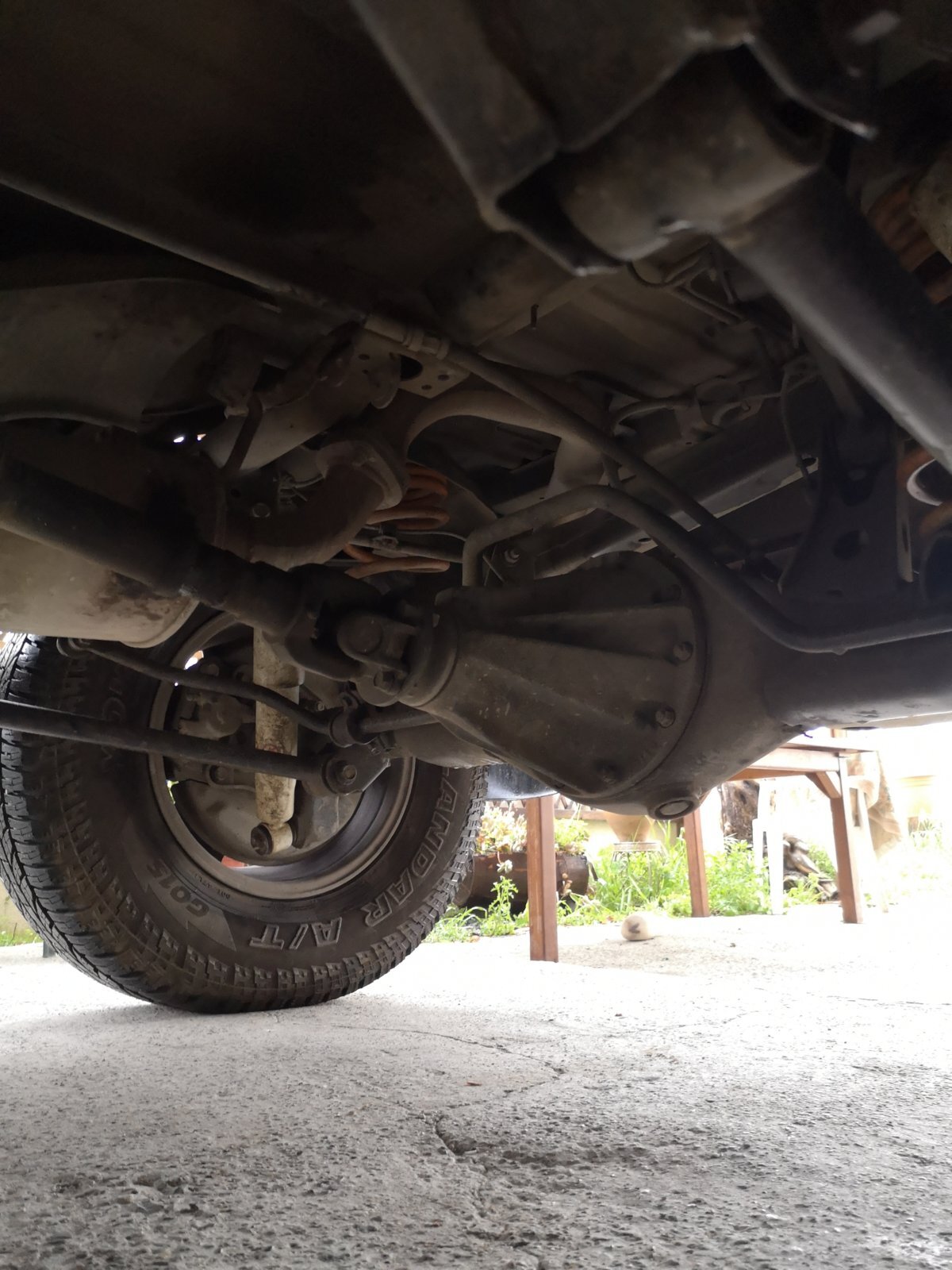 It will be a fairly involved procedure, needing at least:

-Rear axle case and diff for difflock model, making sure that it matches the ratio of the existing front axle (probably easiest to get complete front and rear diffs from a donor vehicle). Rear axle cases are rust spots, so careful choice needed - many are in a poor state;
-Difflock assembly - most 2nd hand ones are dead or dying, as they corrode eventually. New is c.£400
-Difflock ECU and lots of wiring harnesses to connect the ECU to the transfer box, to the diff, and to the dashboard. You may be lucky and some of the harness may already be in place, but not guaranteed on a Prado.

The cost and time involved will add up to the point where it might make more economic sense just to trade for a UK market model, although the chances are the difflock assembly will be FUBARed and need replacing.

Your model looks pretty solid underneath, so perhaps live with the LSD? I don't know how well they work as they age - in my Isuzu Trooper days it was common wisdom that they stop working after a while, but I was never sure if that was true.

One things for sure, your grandfather looked after that one with zero signs of rust under that thing. Hope you can keep it the same way. Whats your case for wanting the rear diff lock?

Having had an Irish spec model for a decade, with no rear diff lock, but an LSD and centre diff lock instead, I have to say the truck is plenty capable in that spec. Yes you might want the rear locker in more tricky situations, but it depends on what you paln on doing. I've never had mine stuck including being up to the tow hitch in a peat bog

Sounds like a lot of work and cost of course.... Maybe I dont need it after all. I will see

I will have it in mind.


Well the reason I thought of the differential lock was because a few weeks ago in almost a meter deep snow I wanted to test how capable this lovely machine is. Obviously its a beast but of course there are limits. I got stuck as the "belly" touched the ground and the four wheels where spining, quite funny, like holding a kid from its armpits and the Child runs in the air if you get the picture.

So I thought maybe if a had a differential lock I would not put my self in such an Adventure in the first place. Because the differential was making things worse when I was digging myself out. The tyre with traction was not spining as the other side was just turning in the air.

Obviously the prado with LSD and center lock is very capable and and can get through tough terrains.