Finally received everything I wanted in terms of rooftop tent and annex. It's only taken since February.
Although I'm happy with the setup I'd like to warn people who are considering buying anything Ventura.

I wish I'd never ever considered Ventura as the guy running it is the worst I've ever had to deal with, promised the world but nothing ever happened. I know of one person who threatened to contact the police to get his order. Oh and if you think rather than use Ventura , Trek overland sell the same gear, think again as they just bump up the prices and get the same useless guy at Ventura to ship them. I gave up trying to get Ventura to ship an annexe after a month of being told lies. Trek overland sent it after three weeks of me asking and a zip was missing when I did receive it. Still waiting a response back but I replaced it myself as life's too short.

Anyways off to Cornwall this weekend for a weeks trip. Can't wait. Bring on the sunshine. 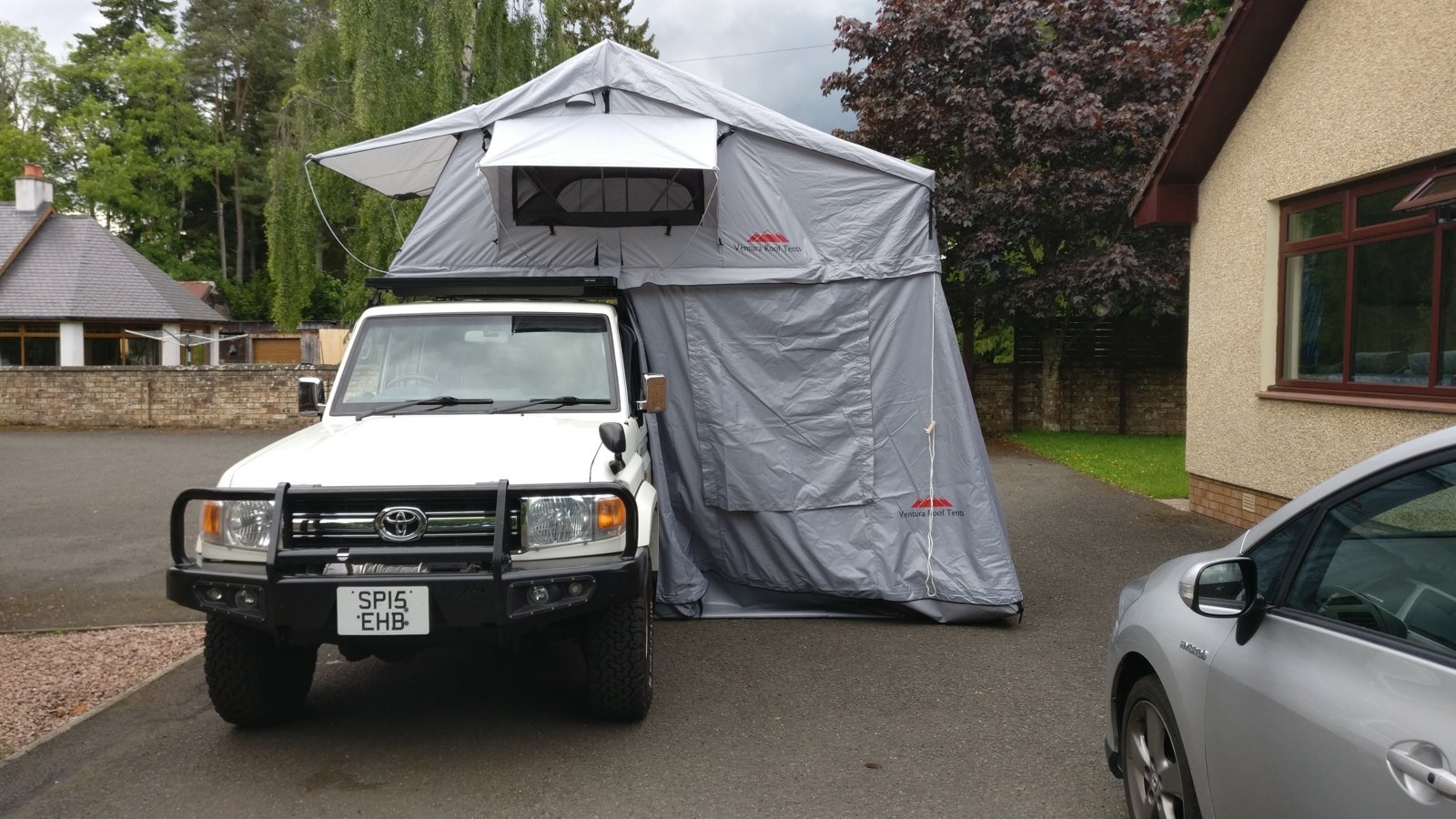