Went to view this today in Derby. Very good MOT history so stood a chance of being decent and offered for sale at a good price.
I've been fancying a black Invo for a while so off we went in the Collie.
Good truck in good condition, went well but no quieter than what we had gone down in. It rattled its way up to warm, just like my Collie does and then not bad, but you always knew it was a 4 potter.
Like the 120 is, a lot more contemporary interior than the Collie and a nicer place to be it was still noisy at cruising speeds which is what I want to get away from.
Also against it was £500+ road tax . I'm giving it some consideration, if I could sell the Collie for a good price and a couple of £K I'd trade up but I can't quite see that happening.

For anyone looking for a decent 120 you could do a lot worse. I didn't get to see underneath so I can't say what its like.

Been looking around that era aswell. So would like to know either way

Shouldn't be noisy at cruising speeds though. Mine was beautiful.

Mine is quiet as a mouse at 50-70.
Don't like the adverts? Remove them by becoming a supporting member.   Click here

How many keys did it have Andy?

Mmmmn, I might try another but this wasn't what I call "conversation" quiet. Certainly no different to the Collie. The V6 Collie beats them both in refinement and I guess a 4.0 120 would be the same.

AndycruiserguyLomas said:
1st reg 17/6/06
you might be right Stu, thats what the seller said.
Click to expand...

Cheaper tax is for cars registered before 23 March 2006.
Reactions: AndycruiserguyLomas
I

I wouldn’t describe mine as noisy either, even with BFGs. Was quite happy at 85-90 on the French autoroutes.

Hi there,
Mine looks like your one in the photo minus the tow bar.. and I did a lot worse , I placed Love before common sense.
B

In the end I ended up with this:- Of the ten or so I viewed this turned out to be the best. It ticked all the important boxes which were:-

It came to me through a conversation with the trader I bought the 100 series from in Chesterfield when I was quizzing him as to the prices I should be paying for various years of 120's and other marques to which he replied " why dont you come and see me?" So I did.
After detailed examination which he expected and a test drive and the obvious negotiations I bought it. It has a good MOT history and service history.
It isn't an Invincible as badged, its an LC4 but will soon benefit from a Tunit box I have waiting to be fitted to bring the power to Invincible level.
Although it was ready for a service which I have done I also treated it to some new discs and pads and a set of dampers so it starts its service with me from a good point.
Of all the ones I looked at it was the highest mileage (132k) and had the most owners but the best driver and the cheapest to boot. It has a few scratches from usage round the handles etc but it is second hand and 13 years old.
Having put a couple of hundred miles on it this weekend to the LC meeting I cannot fault my purchase in any way but I would say that anyone looking to purchase one of these should tread carefully as they can look great on top and like a shipwreck underneath. 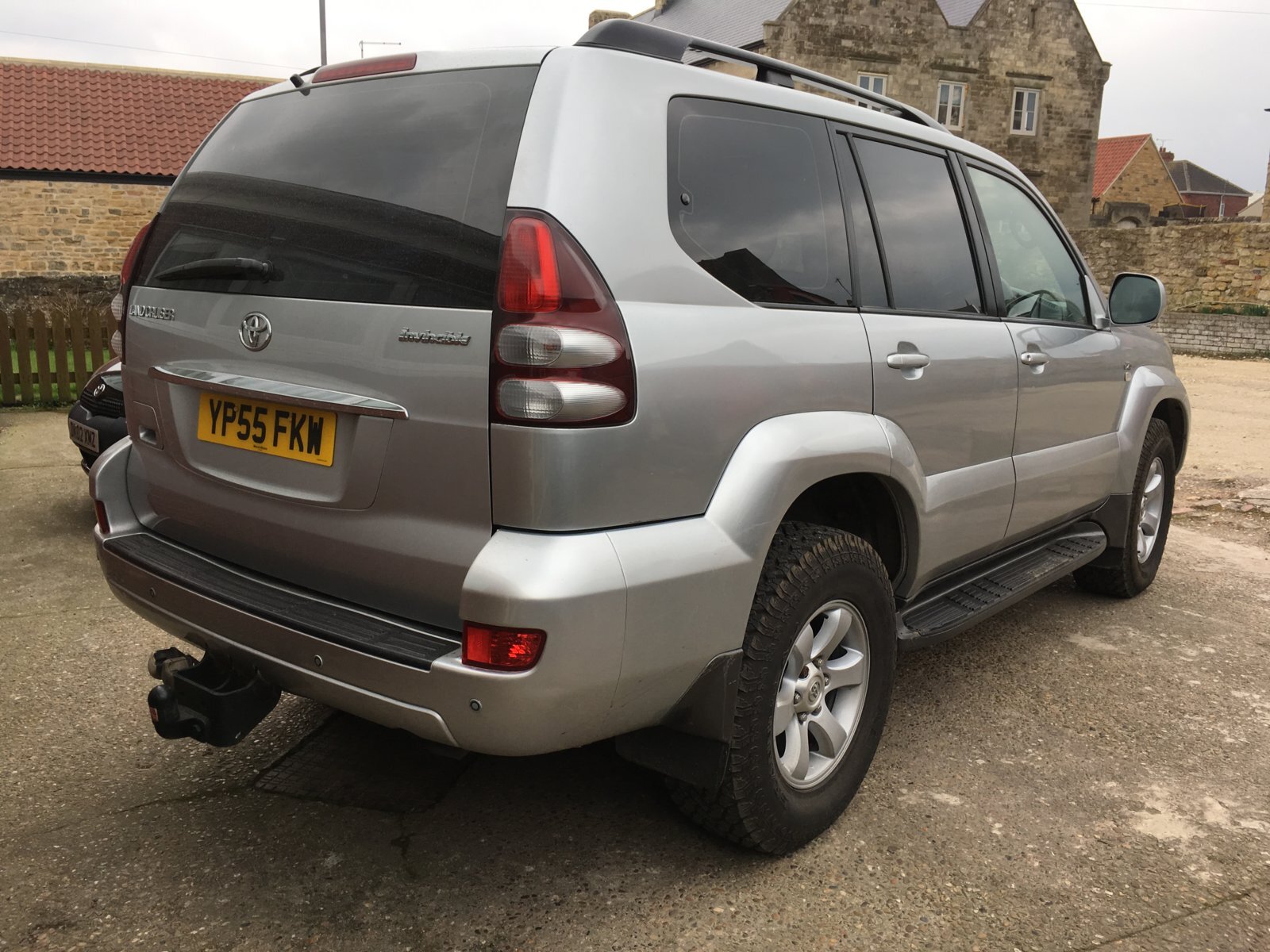 Looks Nice Andy. I hope you have many happy miles in her.
Reactions: AndycruiserguyLomas

Nice find there Andy looks sharp and clean example. You did good ......enjoy

We don't have road tax here in France! My 2005 is bullet-proof: 225,000 kms with nothing more than oil, pads and tyres. The very best car I've owned in over 40 years.
You must log in or register to reply here.
Share:
Facebook Reddit Pinterest Tumblr WhatsApp Email Link
Top Bottom
✖
AdBlock Detected